Tee one up at “Meadowbrook Country Club” located in Northville, MI! A stunning course with a recent renovation that nailed it! New green complexes with a lot of imagination! “Founded in 1916, Meadowbrook Country Club is one of the oldest clubs in Southeast Michigan. Originally designed by Willie Park, Jr, it consisted of just 6 holes and 125 acres.

Now, with over 180 acres and remodels done by storied architects such as Donald Ross, Meadowbrook remains one of Detroit’s elite clubs. Meadowbrook has hosted the PGA Championship and numerous other PGA tournaments including the Motor City Open. It Is also now available in The Golf Club 2019 to play.

The Coolest Golf Gadgets Of 2021: Taking Your Golf Skills To The Next Level 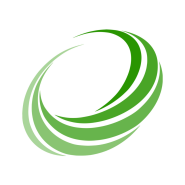